The front side is dominated by a portrait of Gregor Johann Mendel. He was a scientist, who is regarded abroad as an equal of Charles Darwin and whose professional life is connected with Brno. The commemorative print works with motifs essential to his life and pioneering work. Which is his seminal paper “Experiments with Plant Hybridization” from 1865. The manuscript of which is owned by the Brno Augustinian Abbey. Part of the facsimile is on the upper part of the print.A priest, naturalist, meteorologist, but also a passionate beekeeper - three bees represent this meritorious activity of Mendel. In the background is an engraving of a pea, the plant on which Mendel tested his theory of heredity.The yellow spheres floating to the left above the illustration of a living microscopic structure are tiny peas whose random scattering is generated by special software. In part, they perform a protective function on the commemorative print and also graphically depict the transformation in the process of plant development.On the right, one can recognise the DNA helix and the stars are a representation of Mendel's "Law of Random Gene Segregation". This motif will function as a hallmark on the commemorative prints. 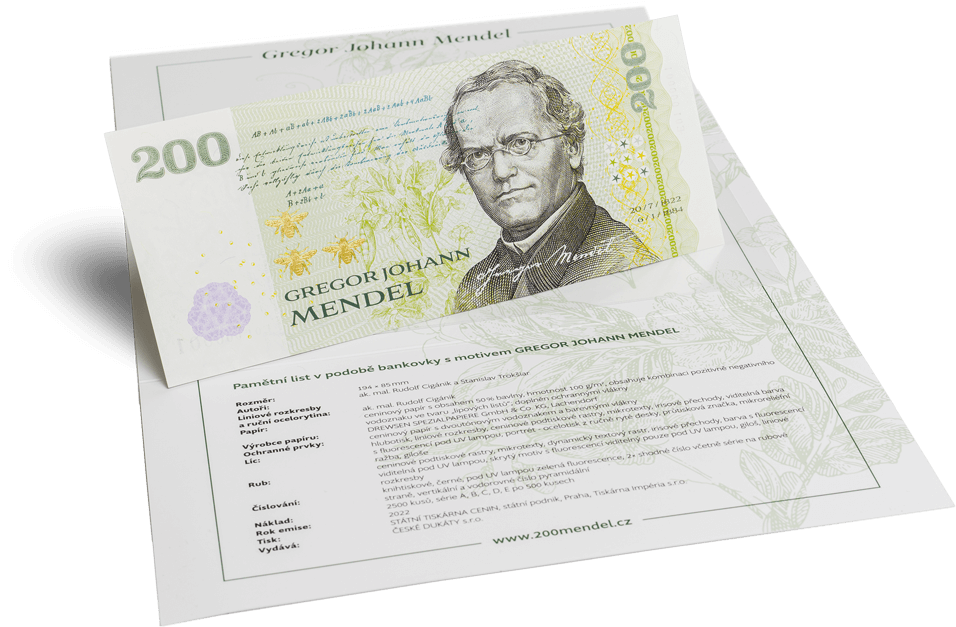 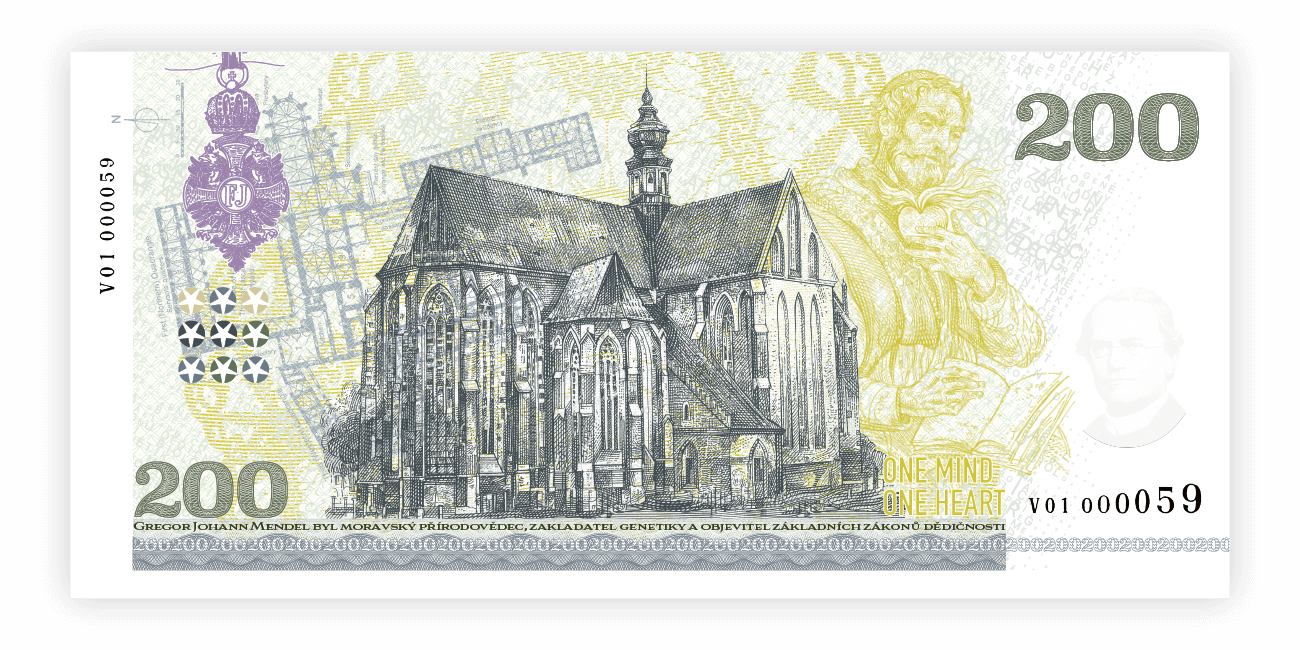 On the reverse side, the Basilica of the Assumption of the Virgin Mary stands out prominently in the foreground. It is part of Brno's Augustinian Abbey, which stands on the site of the oldest church in Old Brno. The full plan of the monastery can be found on the top left. This is where J. G. Mendel became a novice and later an abbot in 1843.Gregor Mendel was awarded the Order of Franz Joseph, third class (rank of Commander), whose depiction partially overlaps the floor plan. This took place in 1872 for his services to scientific knowledge.St. Augustine, the founder of the Augustinian Order, is depicted here with the attributes of a flaming heart and an open book.The motto "One Mind One Heart" is related to this. It refers to several biblical quotations and exhorts us to be a society of "one mind and one heart". 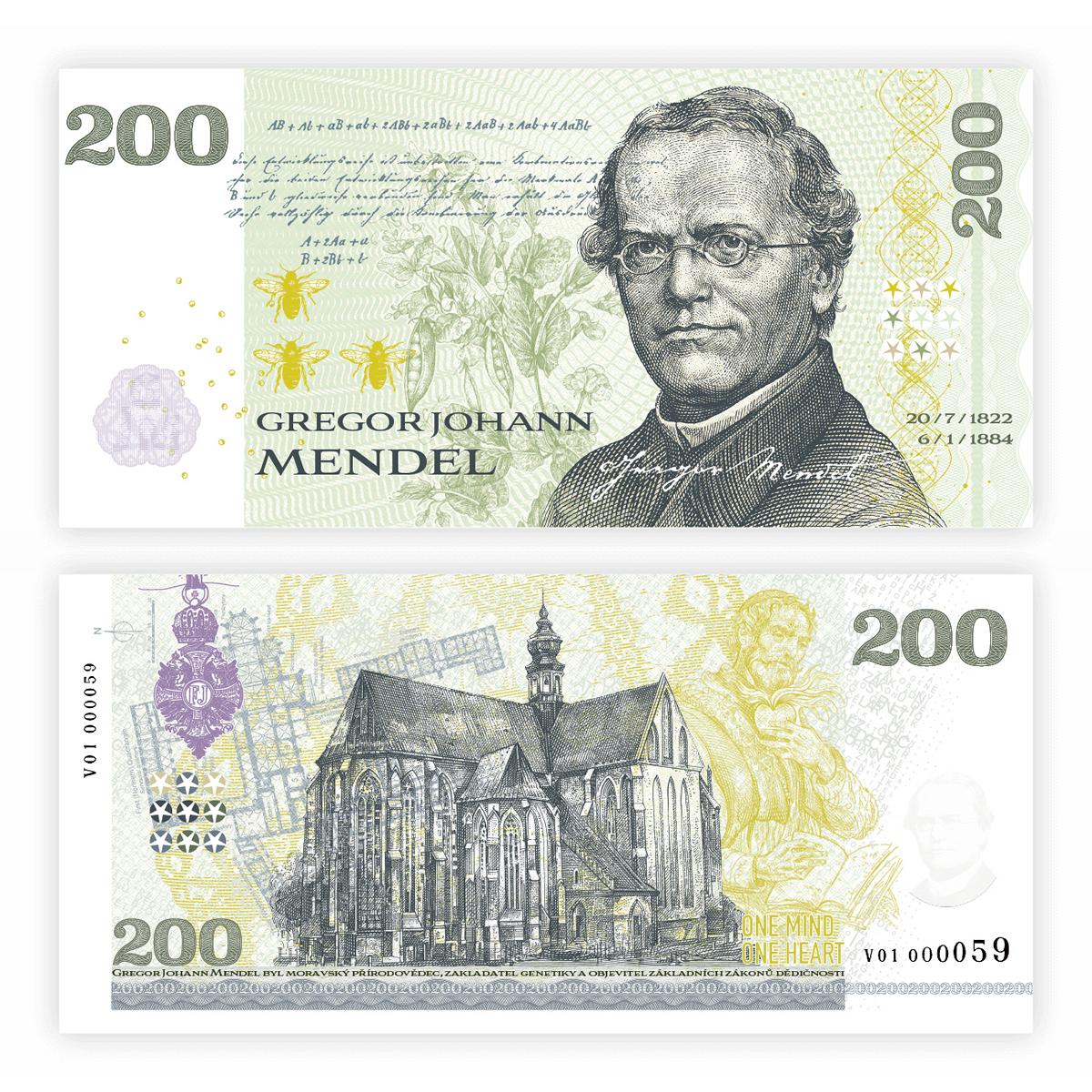 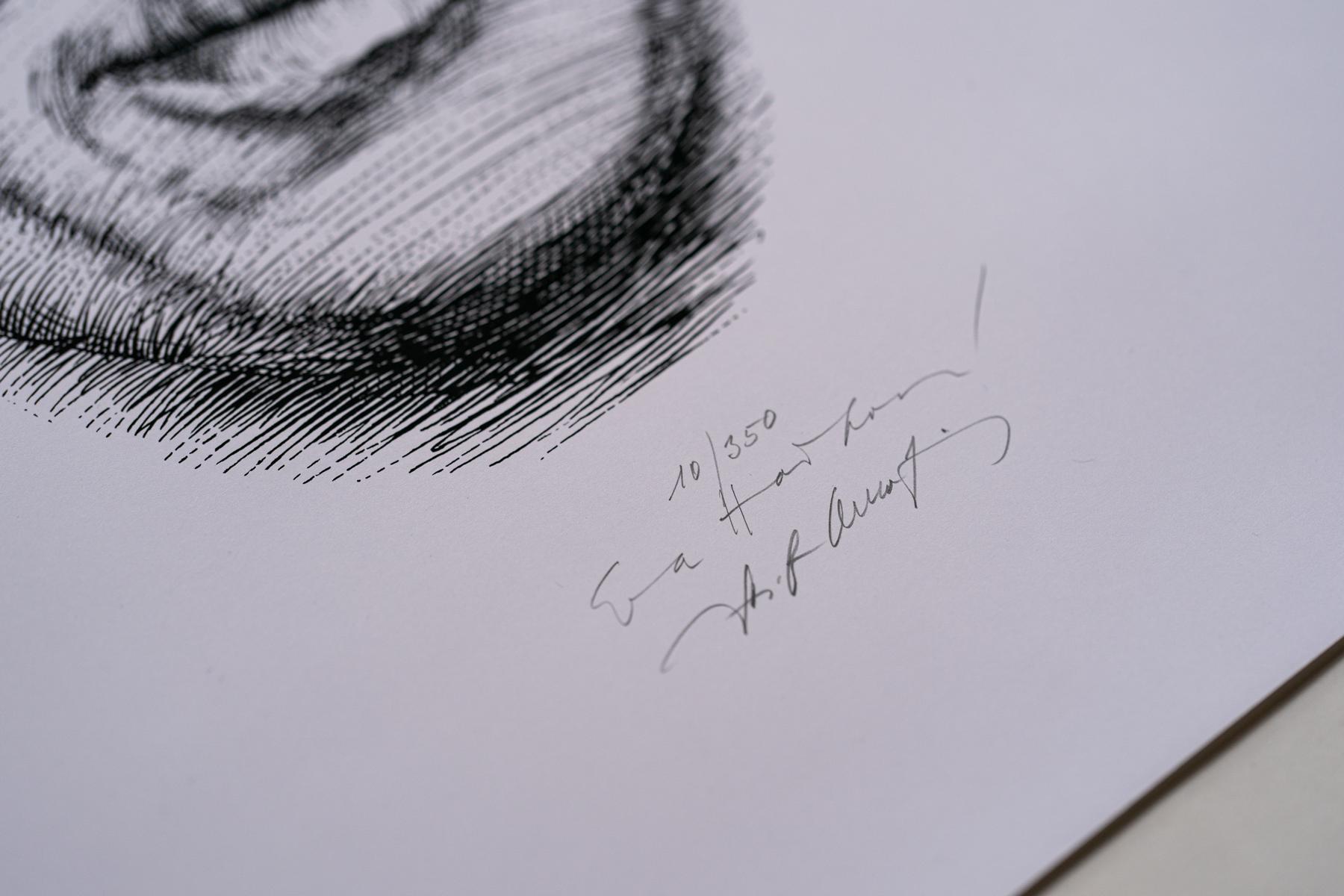 Would you like to be informed about news from the České dukáty and 200Mendel.cz?
Please fill out the form below and you won’t miss a thing.
Přihlášení k odběru newsletteru 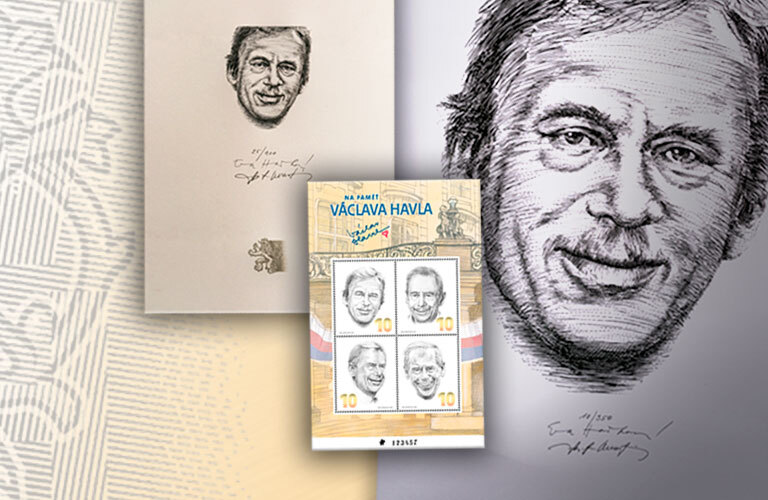 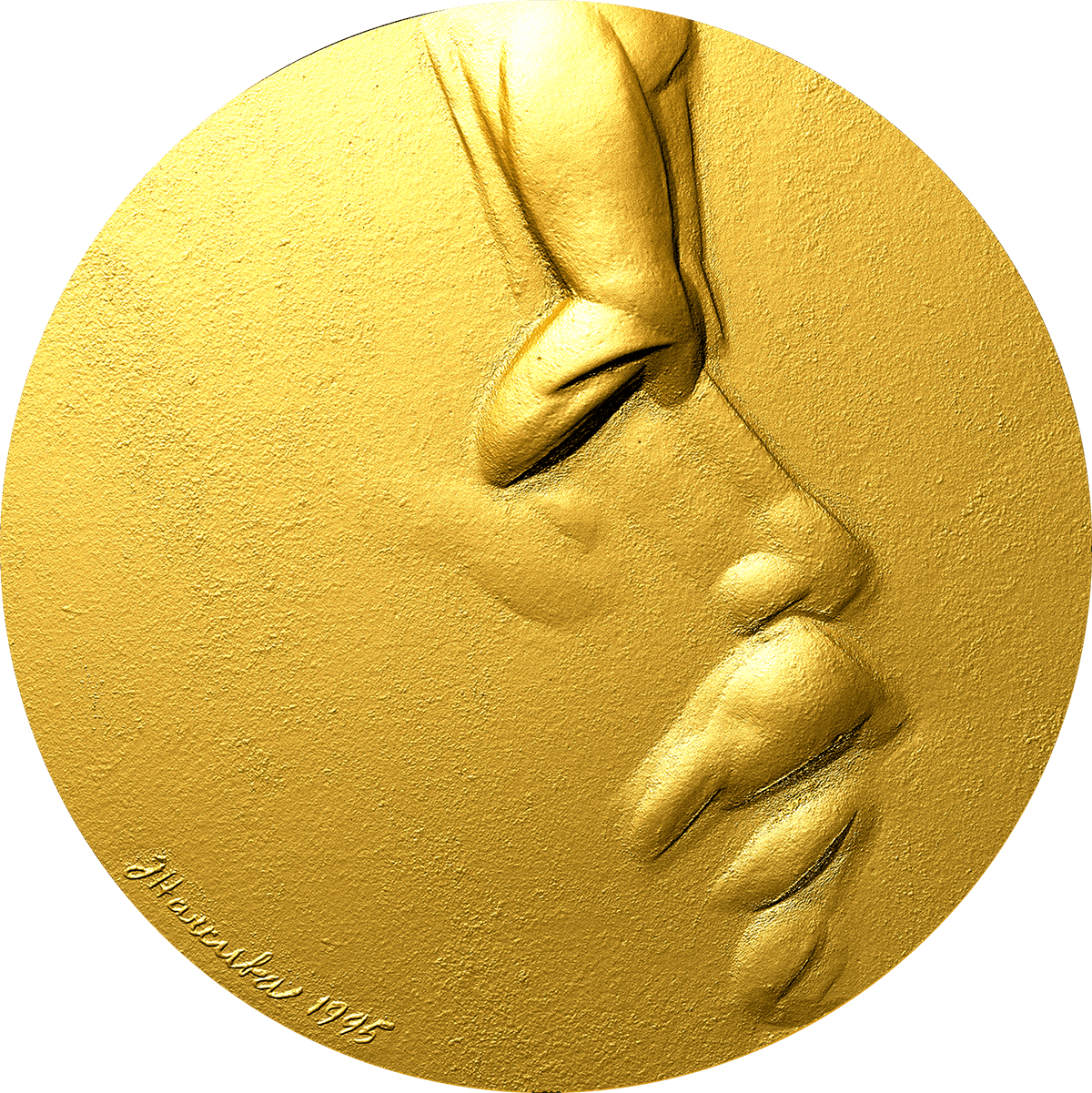